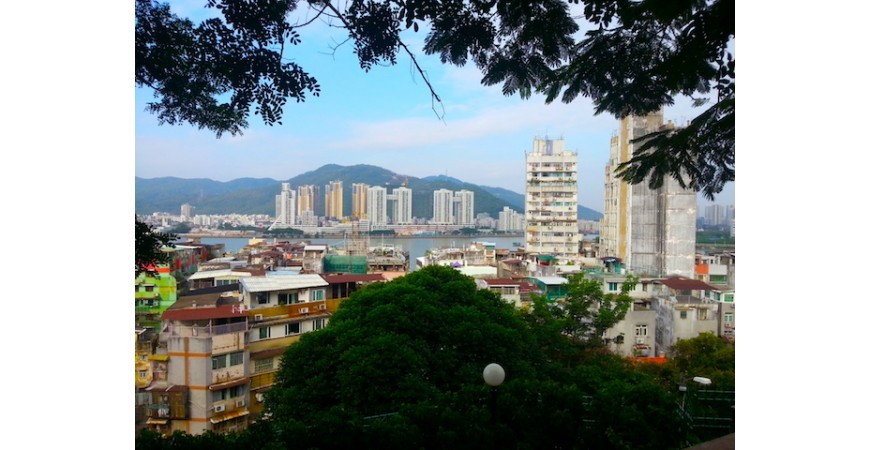 In a grotto on a lushly forested hill in old Macau stands a bust of Portugal's national poet, Luis Vaz de Camoes. 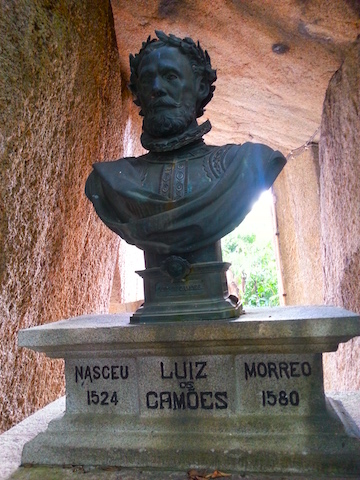 Camoes is the author of the greatest epic poem in the Portuguese language and one of the greatest epics in all of European literature, Os Lusiadas, or the Lusiads.  The poem traces the adventures of Vasco da Gama on his epoch-making sea journey to India.  Camoes has been compared to Shakespeare and Homer.  For a time, he was read in the English-speaking world, with several translations appearing between the 17th and 19th centuries, but nowadays he's almost unknown to readers of English.  A stone plaque with the first canto of the poem has been affixed to the rock wall near the bust. 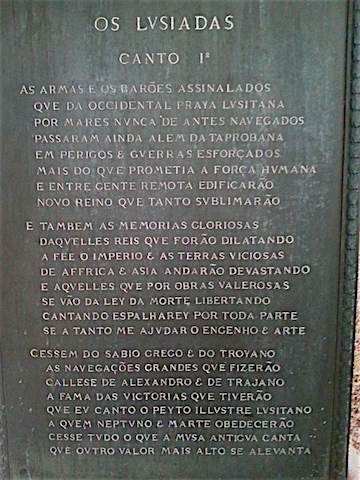 Now, you might think that Camoes is commemorated here as any national hero would be in any former Portuguese colony, but there is an additional layer of significance to this memorial.  There is a school of thought that Camoes not only visited Macau, but actually composed part of his epic right here in this very grotto.  There is an air of plausibility to this legend since it's known that Camoes did actually visit Macau in the course of his Asian adventures, but the great historian of the Portuguese empire, C.R. Boxer, has debunked the myth by showing that Camoes actually returned to Europe before the Portuguese established their foothold on the Macau peninsula in 1557.  Jason Wordie, in his definitive Macao: People and Places, Past and Present, also dismisses the legend.  Nonetheless, I find the Camoes Grotto a moving reminder of the Portuguese presence in Far Eastern Asia, especially now that only a few thousand people in the former colony still speak Portuguese or Macanese.

The grotto is located in the beautiful Jardim de Luis de Camoes, or Camoes Gardens, near the Orient Foundation headquarters and the Protestant cemetery.  The park is quite beautiful and affords fine views of the city and also of mainland China, as from this viewpoint near the grotto: 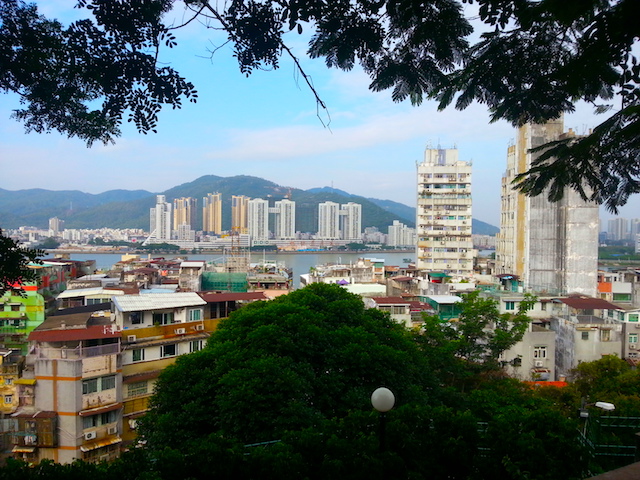 I came here on my first visit to Macau in 2008, and was so inspired by the grotto that I sought out the only remaining Portuguese bookstore in Macau to see if I could get a copy of the Lusiads.  I could and I did.  My Portuguese is not yet up to reading the poem in the original, but I hope to get there someday.  Even if you don't read Portuguese, it's worth a visit because the bookstore also carries titles about Macau in English.  It was still in business as of my most recent visit in October, 2015, when I picked up a copy of the aforementioned Macau book by Jason Wordie.  It's by far the best and most comprehensive book about Macau in English. 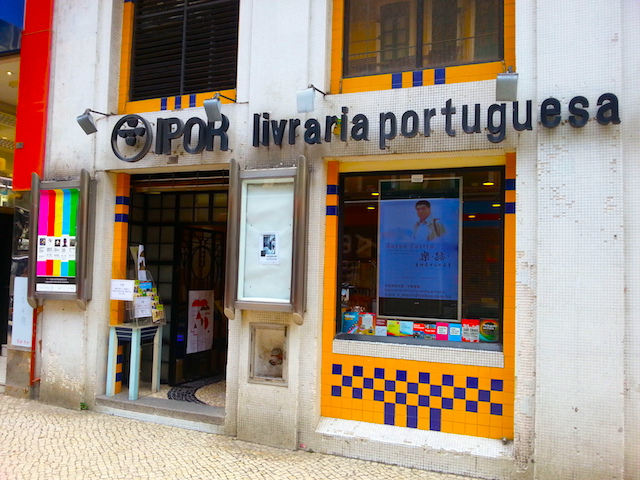 Camoes is of course lavishly commemorated in his homeland.  He has a grand tomb in the Jeronimos monastery in Lisbon, and the Lusophone world's top literary prize is also named after him.  Actually, even the Camoes Grotto is unofficially commemorated.  On my visit to Lisbon in the spring of 2016, I was tickled to come across a restaurant called A Gruta de Camoes, literally the Camoes Grotto.  Could it be, I thought?  Two steps inside, proof that it could was found.  On the wall of the restaurant was a portrait in azulejos (blue and white tiles) of the great poet versifying with a view of the Macau harbour in the background. 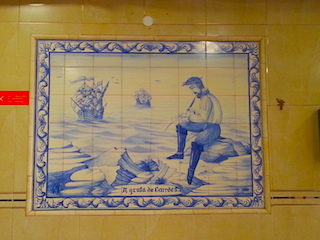 Next to it was a polychrome tile rendering of the grotto itself. 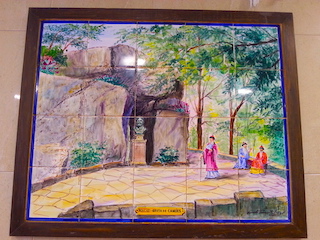 Naturally, I sat right down and ordered a meal, a picture of which I include here for good measure. 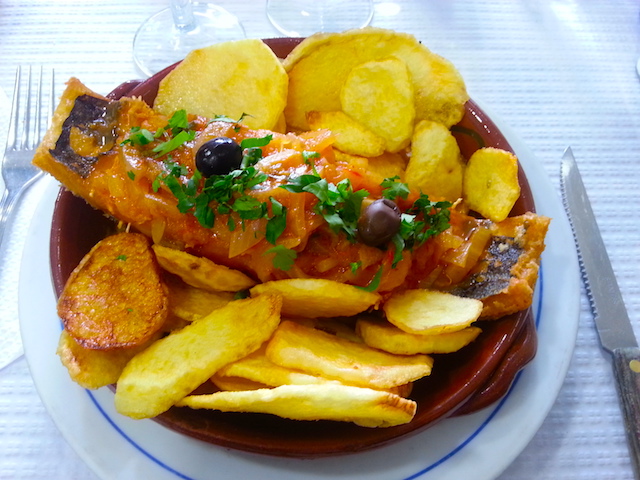 Yes, it's the inimitable codfish, here cooked in the manner of the Alentejo.  Fortunately, restaurants still survive in Macau where you can get a good piece of cod done in true Portuguese style, or in authentic Macanese style.

Have you been to Macau?  Please share your impressions in the comments below.  If you enjoyed this post, I have plenty more Macau material, so stay tuned for more Macau posts! 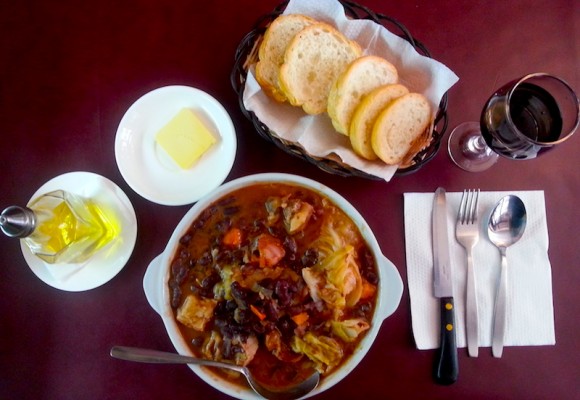 Macau is one of my favourite places in East Asia to eat. Read on to find out why! 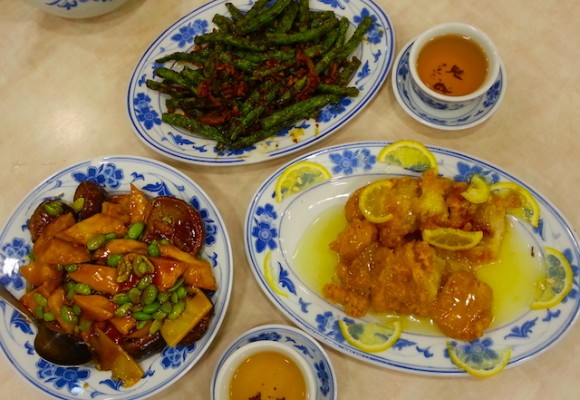 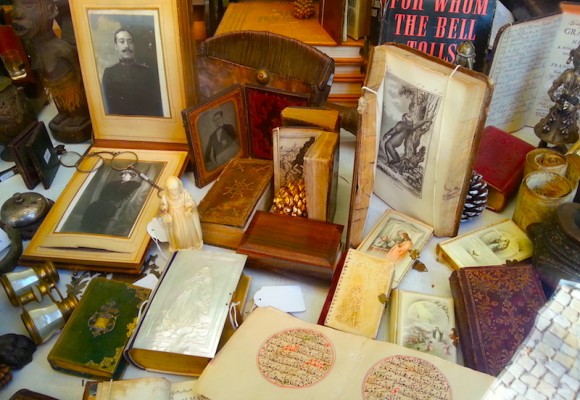 L&P shops for books about Macau and Timor at an antiquarian bookshop in Lisbon. 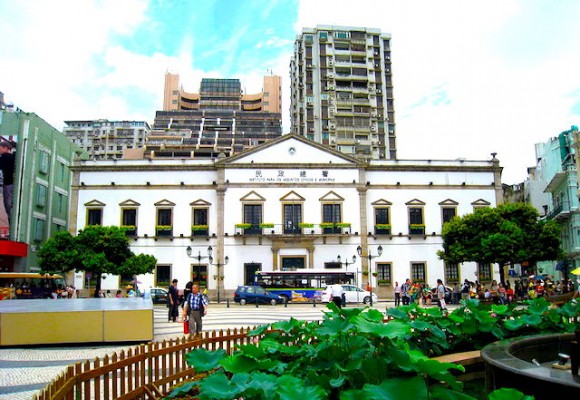 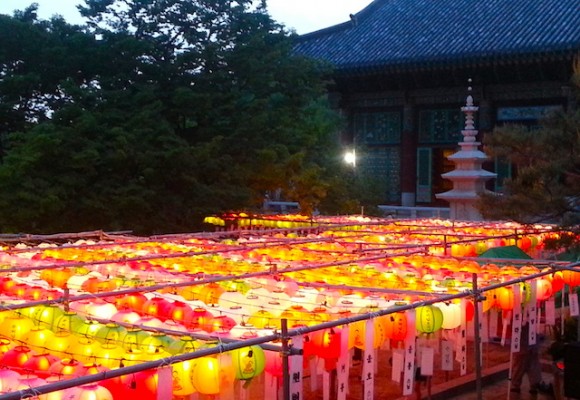 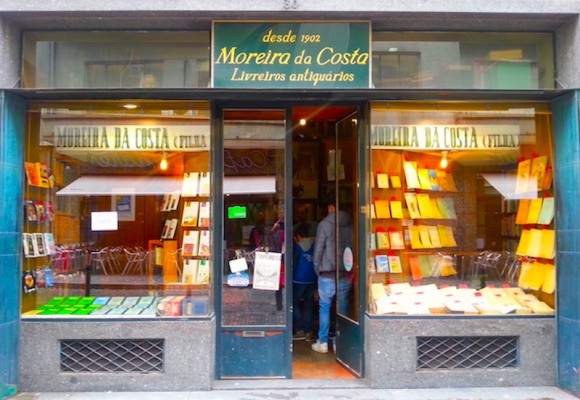 A Bookshop in Porto

L&P tracks down vintage books about Macao and Timor in Porto. 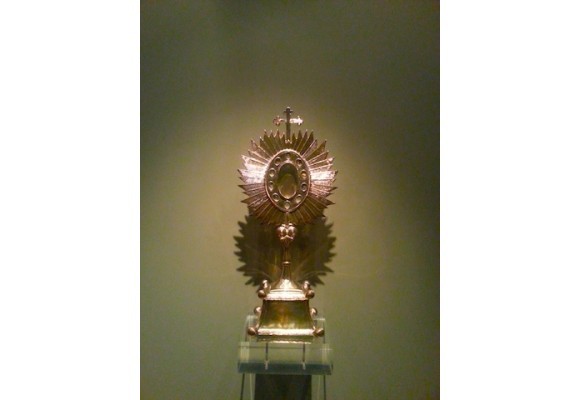 A 17C Silver Reliquary from Macau 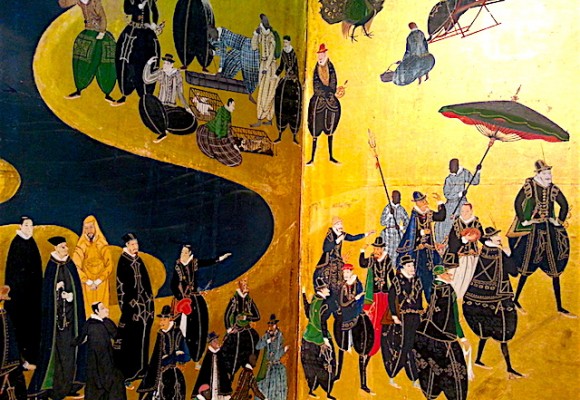 A pair of Japanese screens in the Museu de Arte Antiga, Lisbon.