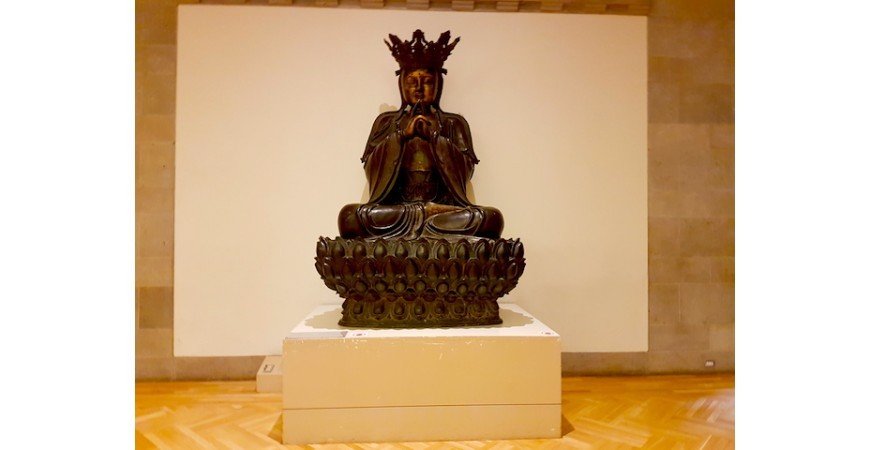 You can't miss him.  The Buddha Vairocana looms over the central hall of the Royal Ontario Museum (ROM).  At 271cm (almost 8 feet) high, and looking even taller on top of his plinth, he is an imposing presence. 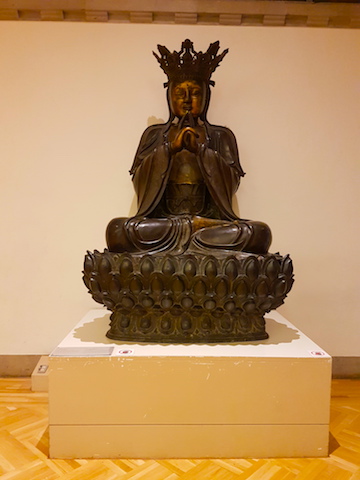 I waited several minutes for people to move out of the frame before taking the above photo.  Now I wish I hadn't because some human bodies at floor level would give a better sense of this massive image's scale.

The statue formally belongs to the Matthews Family Court of Chinese Sculpture, one of the 6 galleries of Asian art at the ROM.  However, due to his great size, the Vairocana sits out in the central hall on Level 1 of the museum.

Cast in bronze and partially gilded, this Vairocana, said to be from Shijiazhuang in China's Hebei province, dates from the Ming era.  It's estimated that the image was cast sometime between the early 16th century and the mid 17th century. 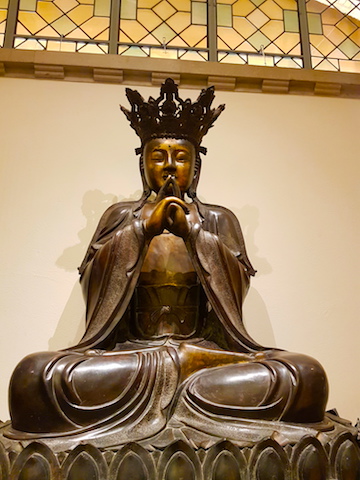 Seated on a lotus throne, he is also crowned.  His hands are joined in what I take to be the Uttarabodhi mudra.  I'm no expert on the mudras, or the hand gestures of buddhas, so do correct me in the comments if I'm wrong.  The Uttarabodhi mudra is the gesture of supreme enlightenment.

So, who is the Buddha Vairocana, and what does he symbolize?  According to my go-to reference work for these matters, The Art of Buddhism: An Introduction to Its History and Meaning by Denise Patry Leidy, the Buddha Vairocana is one of the great buddhas of the Mahayana (Northern) school, along with the Buddha Amitabha and the Buddha Maitreya.  First mentioned in the Flower Garland Sutra, he has a sutra of his own, the eponymous Vairocana sutra.  Essentially, he is the Cosmic Buddha, one of the primordial movers of the worlds' phenomena.  Such being the case, the mudra of supreme enlightenment is fitting.

Leidy explains that Vairocana worship began in the early stages of Buddhism's introduction in China, but became especially popular during the Tang dynasty.  The Empress Wu Zetian, the only female emperor in all of Chinese history (r. 690 to 705CE), was particularly keen on Vairocana worship.  Apparently, Vairocana had prophesied the rule on earth of a wise female Buddha.  From China, Vairocana worship spread in the 8th and 9th centuries to Korea, where he is known as Birojanabul, and Japan, where he is known as Dainichi.  Down the centuries, many esoteric practices became associated with him. 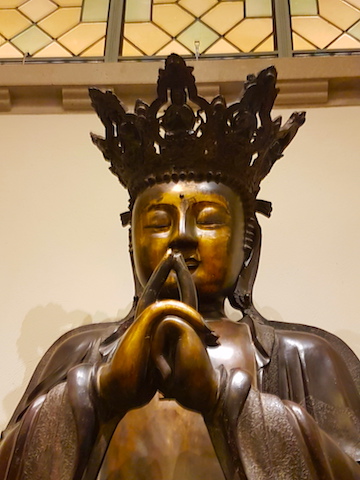 The crown, which you can see more clearly in the photo above, interests me.  Again, I'm no expert on Mahayana iconography, but I associate crowns with images of Avalokitesvara, the Bodhisattva of Compassion.  If anyone can explain the significance of the Vairocana's crown, please comment below, on the Lotus & Persimmon Facebook page, or in the Lotus & Persimmon gallery on Instagram.

If you are in Toronto, the ROM is well worth a stop for all those interested in Asian art and artifacts.  As mentioned, there are 6 galleries to explore.  One of the 2 entrances to the Asian section is next to the Vairocana.  Look for him, and you can't miss the entrance. 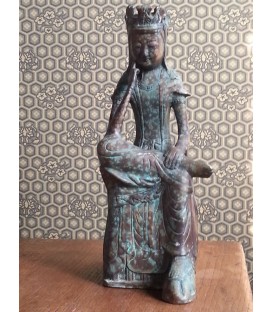 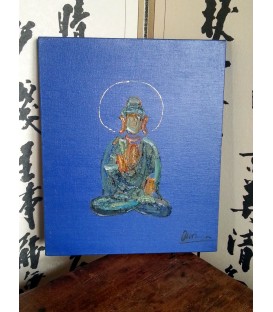